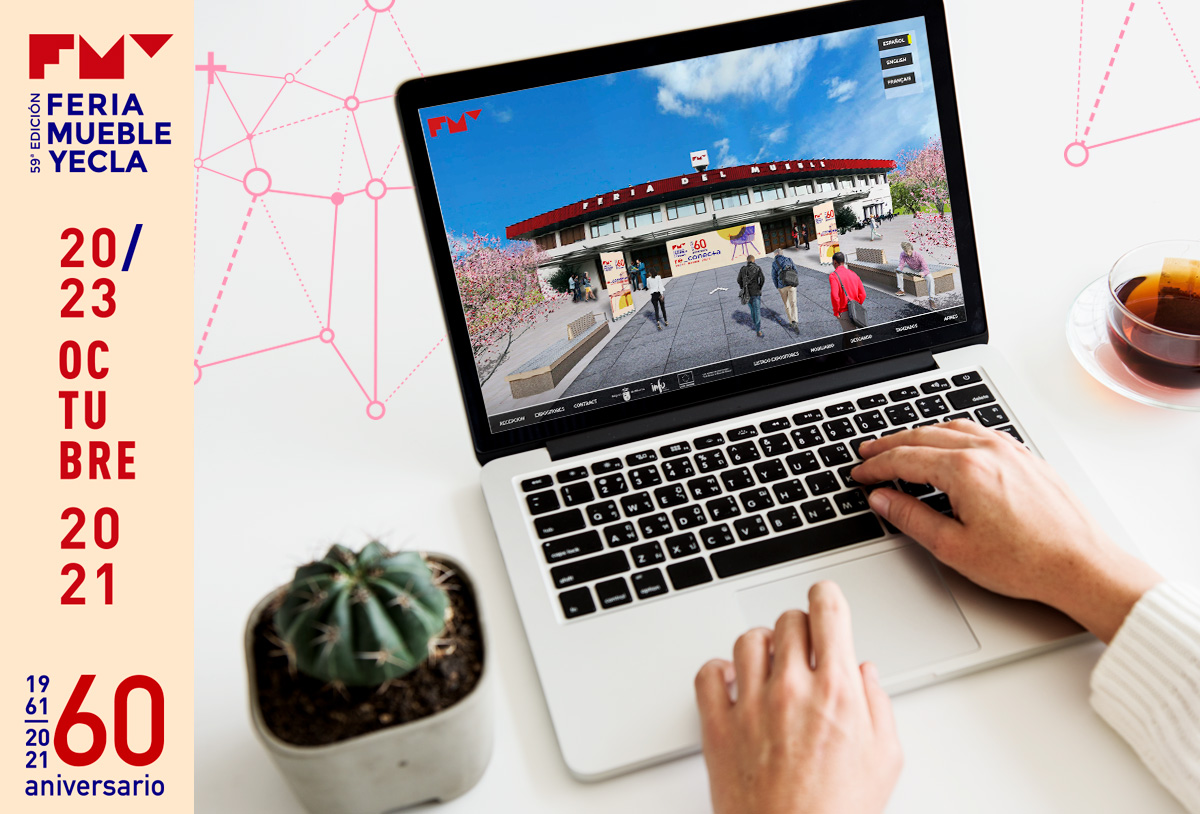 October 8, 2021 – Internationalisation is a hallmark of furniture, timber and related industries in the Region of Murcia. Prestigious products which attract the export market.

In fact, “Murcia is a Region known and acknowledged for export product quality and design. In 2020, during the pandemic period, regional furniture was sold for a value of 80.3 million euros, achieving a growth of 2%. Our exports accounted for 5% of national exports in that period. We are the 8th Spanish province in furniture exports in 2020″, says Joaquín Gómez, director of the Instituto de Fomento de la Región de Murcia (INFO).

Our sector is strategic and one of cornerstones in the regional economy, with more than a thousand companies creating nearly 8,000 direct jobs, which accounts for more than 11% of the region’s industrial employment.

Potential customers from Belgium, the Netherlands and Portugal will visit the fair in person and will be able to meet the more than 80 exhibiting firms, thanks to the reverse trade mission managed by INFO, with the support of the National Association of Furniture Manufacturers and Exporters of Spain (ANIEME).

The virtual platform will bring exhibiting firms closer to Asia and Africa.

The Habitat Plan launched by the Community will further promote this macro sector to enhance the integration of innovation, with the aim of consolidating its presence in traditional markets in the European Union, and also in other continents, with high potential countries, such as Africa and Asia.

“During Yecla Furniture Fair we are carrying out a programme to support internationalisation, where we have taken as a reference target markets outside Europe: Ivory Coast, Senegal, Morocco and Qatar, through the virtual platform, one of the great new features and challenges in this year’s fair. We expect more than 150 job interviews to take place,” says INFO director Joaquín Gómez.

The aim of the trade missions is focused on traditional distribution channels, such as chain shops, importers and distributors. A defined target, to which we add the continuous actions framed in the contract sector.

Potential customers are already enjoying the virtual platform at the click of a button. As a result of the expansion work already being carried out by the INFO’s Foreign Promotion Offices (OPEX) within the selected countries, a reverse trade mission with third countries is being implemented. So far, the impact it is having on customers is highly satisfactory.

Furthermore, the commitment and engagement for digitalisation of the exhibiting companies on the virtual platform is key, so that the brand of the sector spreads and keeps consolidating throughout the professional and economic ecosystem –  from local status to all continents.