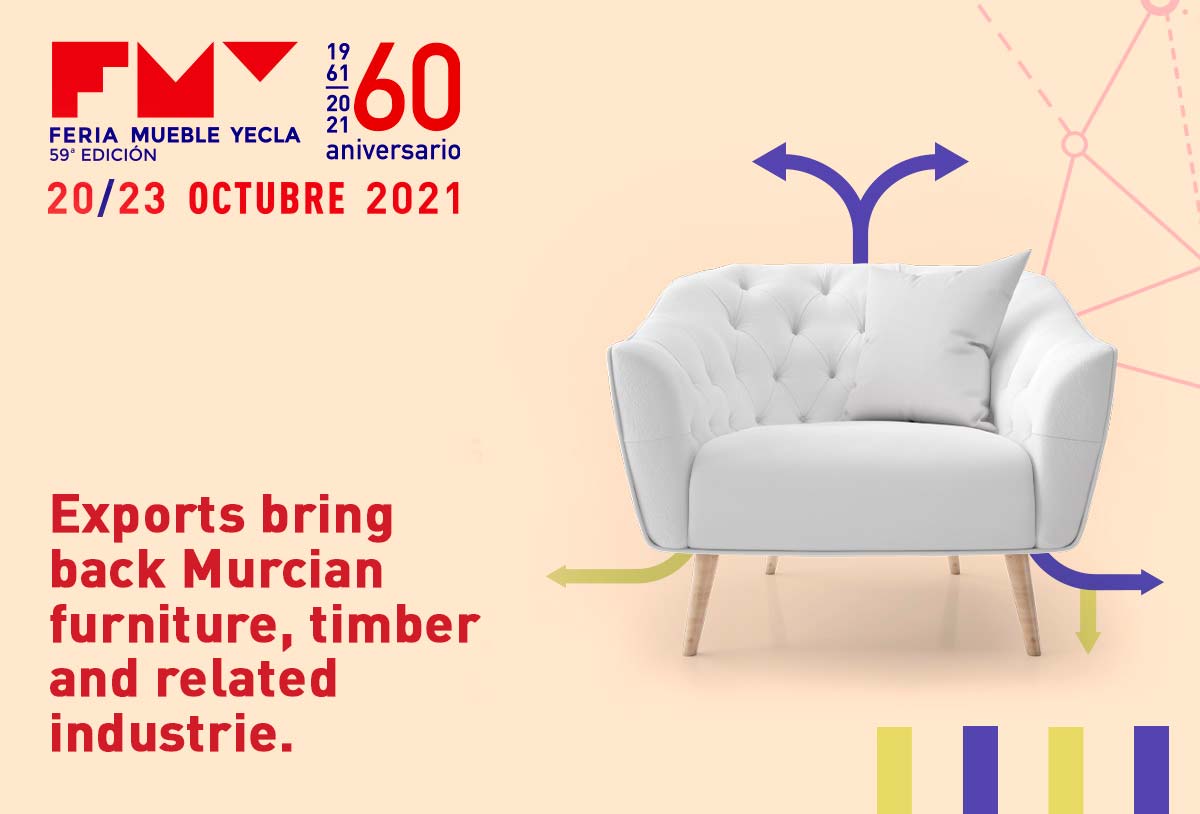 Changes in life and habits that society has undergone in the last two years, including pandemics, have been reflected in the furniture, wood and related industries. Each one of them has been able to adapt to new customer demands and overcome a difficult situation that has undoubtedly made them grow and consolidate again.

In fact, Murcian companies have not only started this year by recovering lost ground, but also by experiencing a growth in exports well above the national average (62.7% compared to 41.3% for Spain as a whole), which has made the Region of Murcia the second autonomous community with the highest trade increase with other countries.

This return to the path of sustained growth seems to match with the reconnection that society itself has experienced in recent months after a period of inevitable distancing. An idea, that of reconnecting, or rather, ‘re_connecting+ar’, which is going to be highly present in the new edition of our trade fair, the 59th.

The ability of the region’s furniture companies to innovate and overcome adversity has been a constant in the 60 years since the first trade fair. The pandemic has been one of them, forcing the sector to change its way of dealing with foreign customers, but it has also offered an opportunity for new markets and customers.

Murcia’s highly internationalised furniture sector has always been a benchmark in Europe, not only because of its wide product range, but also because of a vast experience and product quality. Therefore, the growth in exports during the first four months of the year are a reflection of knowing how to be up to the task once again: from 19.5 million exported up to March 2019, 18.5 million were exported in 2020, and 23.6 million so far in 2021.

Countries such as France (the main destination for Murcian furniture) and the United Kingdom are well aware of our companies’ products and, year after year, they are again priority targets for our furniture. But the change in the traditional end consumer’s purchasing habits, who had to spend much more time at home, has led to a boom in furnishing, which companies in the Region of Murcia were able to spot and which has greatly contributed to the sector’s recovery.

This approach along with an ongoing search for new customers and markets has resulted in reaching out to consumers in other European countries such as Portugal, Italy and Belgium, as well as the American and Asian markets, with Saudi Arabia and Kuwait at the forefront. The volume of these exports is the best indicator of the influence that Murcian furniture has on the international scene.

FMY’s 59th edition, aware of how important it is to focus on improving internationalisation, will carry out a face-to-face reverse mission with Portugal, the Netherlands and Belgium, which will be supported by the Spanish National Association of Furniture Manufacturers and Exporters (ANIEME).

Similarly, a virtual mission will be carried out with third countries such as Morocco, Ivory Coast, Qatar and Senegal, where potential customers have been detected with whom we can improve ratios, and which, in this case, will be supported by the different Offices of the Foreign Promotion Network (OPEX) from INFO (Instituto de Fomento).

A virtual environment, which will be key during this FMY edition, as not only will this virtual reverse mission take place, but also, for the first time in our history, the exhibition centre facilities will be joined by the ‘Virtual Fair’, which will enable all customers to visit the exhibiting companies from anywhere in the world.