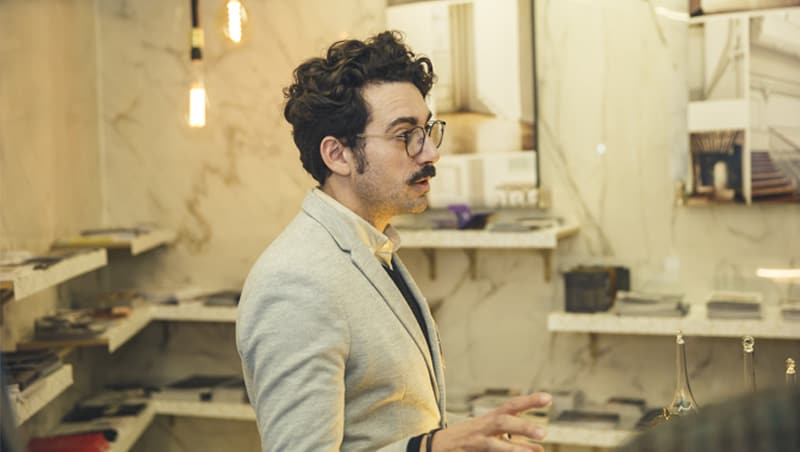 Antro is the study of Interior Architecture founded by Gabriel Bautista, and looks to express his concept of interior design, based on the addiction to design.

During his four years as a student, he represents the future technical architects in the national sector, participating in the tripartite meetings organized between professional school, school directors and students during the process of adaptation to Bologna. After passing through the university, he works as a project manager, but his passion for design leads him to enroll in the Superior School of Design in Murcia. As a student, he develops projects such as “Restaurante el Parque”, which has an honorable mention in the “I Talents Awards of Neolith” contest.

With a restless spirit, in order to better himself as a professional and explore other forms of work, he practices in the Madrid studio of Cano Lasso Arquitectos. In the cities of Murcia and Cartagena he collaborates independently with several architecture and design studios where he develops architecture projects for residential buildings, commercial interior design for franchises, participates in design competitions and carries out residential interior design projects for private homes.

In 2016 he decided to create his own studio, although it is not until 2017 that the name takes shape. IntTop Lorca, created from the interior design school of Murcia, is the first Antro Design event. By participating in the first exhibition of interior design carried out by a professional school, and being featured in the magazine your reform, go to Bilbao to execute the Arq-Decó project organized by the same magazine for later, be chosen as an interior designer at Casa Decor 2018 with the project “La Rotativa”.

Gabriel Bautista has been a member since he began studying interior design, because he values participation, collaboration and mutual support among colleagues.

Knowing the importance of communication, and being a field in which he feels comfortable, he ends up developing a section of interior design in the magazine “Contigo” of the Comarcal TV network, and is elected director of the communication department of CODIDRM.

He is currently working with his own studio. Antro Design carries out projects in Murcia and Madrid of commercial interior design, work spaces, housing and furniture design and lighting.